Showing posts from May, 2019
Show all

2019: A Runner Under Construction 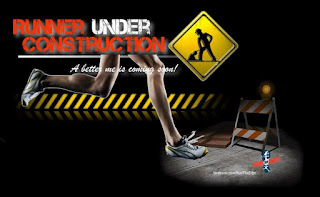 It's been a while since I felt like sharing any of my marathon adventures.  That's because my adventures have been failures this year.  I had four marathons in the first half of the year and I completed none of them.  That sounds so unlike me, right? First, came Houston, in the middle of the government shutdown, working through the shutdown without pay, sick, barely able to run, but I didn't think anything else of it but a virus. I heard someone from the Clerk's office got really ill as a result of the shutdown and got a stroke from all the stress, so I felt lucky to only have gotten a virus.  Then, came the Myrtle Beach Marathon which I decided to DNS to concentrate on my two marathons in April/June because that's what you do after you're sick: you reconvene, replan, get better, right? But when Glass City Marathon came up rolling and my foot went numb during the race, I was like, I'm running the HM and quitting, Wisconsin is next week!  And the
Post a Comment
Read more
More posts