December 22, 2011
As I venture into the unknown by changing from the Adidas Supernova to anything that works (basically), I am going to try to review the shoes so that any interested party can compare them.  My first review is of the Asics GT 2160. 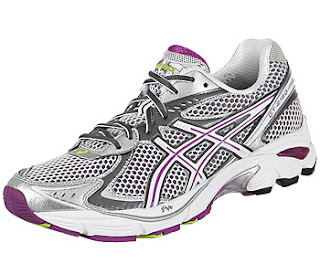 From the 8 pairs of shoes I am currently trying, the GT 2160 are the ones I like the least.  There is no reason for it.  I don't even know why I don't love these.  The feet just never feel comfortable with them.  They are a little heavy (10.2 oz) but other than that, there should not be a reason for me not to like them.  The shoes have nothing wrong with them; however, there is nothing wow about them either.  It's a good training shoe for normal runs but there is nothing that would make me go crazy about them either.  The colors are boring, the feeling is just OK.  It's just one of those solid shoes that are there, but won't make you want to pick them up for a run.