It's been a while since I've added a race report to my blog. That's mostly because I haven't done many races since the ones I ran in May/June. 2021 was a bad year for me, dealing with three non-running related injuries, the death of one of my cats and to boot, the death of my dad.

After training for two marathons in the Fall, I chose one due to it having better weather (Indy Monumental) and ended up having a calf tear at Mile 5 of the race and a DNF at mile 9. Fortunately, after the race, I took time off to move us into our new home (nearby but still stressful) so by the time I was ready to start training for my next marathon (Carmel in April, which I am still debating whether to run or not), my calf was completely healed. Knock on fucking wood.

I was hoping 2022 would get better but the first thing I did was fell during my first run in our new house but fortunately, apart from a bruised shoulder, nothing major hurt. My miles until February were dismal and I feel like I'm trying to catching up with the old Docket Rocket, the one that used to run fast, win AG awards, run PRs, run 100 miles in one week, that could basically run a marathon every week or two in one weekend. I don't even know who that person is anymore, ha. I have not even completed a marathon since the pandemic started. After my dad's death, I kind of lost that drive I had then. But I feel remnants of it inside me and I feel my drive starting to come back. So stay tuned.

On to the race, right? I missed my first race of 2022 due to it getting canceled after the snowstorm, then the race last week due to a norovirus. So I really wanted to make it to this one. It's a tough trail race that I ran last year (while my knee was injured from loose scar tissue), so my time was over 2 hours. The trail is very technical and due to the time of year, it can have anything from snow, mud, ice, to all of that at once. This year, we got mostly ice with hints of mud.

My running paces have gone down the drain as I didn't run much in 2021 and almost nothing in January, compared to how much I ran in 2020 and before, but I still felt that the course PR for this race was soft. I felt I had a sub-2 hour time for this race, even at my slow turtle pace. So I wanted to try.

Living in Indiana for almost three years now and it still feels weird to have a race starting at 10am but I guess when it's not 80F at 5am like we had in Miami for months if not years you can start later in the day, right? Woke up at 7:30am and got myself ready. Picked an everything bagel from the freezer (sorry, no KK donuts for this one), toasted it, put some cream cheese on it and left. This time I didn't forget my gloves like I did last year. And that was a good thing since it was 22F at the start this year.

They warned us the course was very slippery and I hoped my trail shoes (Hoka Torrent) would be enough since I didn't bring my Yaktrax for better traction. They started us in small groups of less than ten hoping the course wouldn't get crowded in the slippery sections, especially going through staircases, bridges, etc. It didn't help.

These miles were the worse part of the course. We go through bridges, hills, staircases, all covered in ice. Even holding on to the handrails was of no help as they were full of ice as well. We had a conga line going down and up stairs and hills because there were very few runnable areas. I was happy to have survived these two miles in one piece. Saw a lady being brought back to the start line after falling on the ice and she didn't look well (hope she is).

Mile 3 was the most runnable of the course, going around the lake and normally being covered in snow but no ice. This time it was mostly sand, pebbles but little ice/mud. I was able to make some ground here. And then, the mud started.

I remember the mud was bad last year and sometimes you stepped somewhere and your foot would go into the mud for at least 4-6" and you were lucky if you were able to keep your shoe on. This year it had a ton of mud but you weren't sure if you were going to stick your foot in it or crashed into frozen mud. So every step you were either ouch, that hurt, or oops, take that shoe out. It wasn't a deep as last year because we've had a ton of snow and cold in the last few days so nothing was too muddy until Mile 5. After that, it got crazy.

I slipped a couple of times but this year I stayed upright. And I didn't get lost like last year, yay me.

Heading into the finish I knew I had that sub-2 in the bag and I felt like I had 1:45 almost assured. I felt like sub 1:40 was possible but the Garmin wasn't doing well in the last three miles with the tracking so I ended up running something like 6.79.

Finish Time: 1:41:06! Super happy with that time and I felt like I killed this race and performed way better than last year. Especially after contemplating switching to the half at Carmel just this morning because I didn't feel race ready. I still haven't decided what I'm going to do with the race but this race gave me some glimpses of the old Docket Rocket and I like it!

Also, the medals for this race are off the charts awesome (this company always delivers great ones). It's heavy and gigantic. No official pictures yet but thanks to my friend Shane H. I have one from the course that reminds me so much of my last trail race I ran in Miami a decade ago. 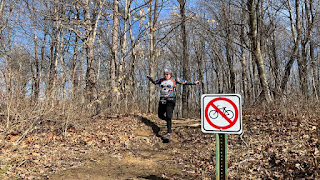 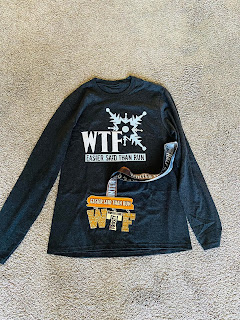 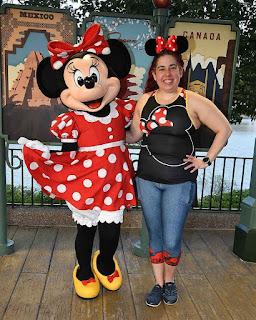 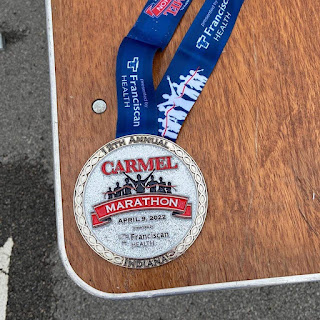